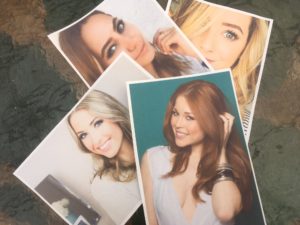 Growing up the only thing people always pointed out was how smart I was. Not even as a kid I was told that I was cute, never. The older I got the more it started to affected me, the lack of compliments over my appearance. Sure I was smart, but why was it the only thing the others always seemed to noticed. Was it the only thing they could compliment me on or what? I think it was in 9th grade it started washing over me, these thoughts that I was ugly. That I was the ugliest thing ever to walked on this earth. Sure it’s ridiculous but try telling that to a 15 year old girl with an awful self image. It went so far that I had serious thought about having major plastic operations to fix my “ugliness” so that I could be pretty like all the other girls. Being bullied didn’t also exactly helped the cause. If I was pretty i wouldn’t be a bullied loser anymore.

I really wish that I could say that I’ve moved from that, but this is still something that plagues my life due to low self esteem. But these days it’s not really as much of my physical appearance that is the object of problem (That I got over when I recovered from anorexia) but my personality. Still feeling left out and a loser over my lacking social skills really causes a main source of my anxiety and depression. I just feel so awkward trying to talk to people, I never gotten the chance to just talk to other people growing up due to constantly being excluded by my peers and now as this age everyone just expects that I can all the social codes everyone seems to have as a part of themselves.

I constantly feels like I need to be like other girls, because if I’m like them people just have to finally like me. I don’t know how many hours I have spent on YouTube trying to soak in these girls personalities that I wished I had. If I was like that maybe then I would have gotten more friends and not a total wallflower. Trying to adopt their personality through the screen. Trying to adapt my brain and self to become like everyone else, to fit in.
I shouldn’t do this, I should feel like this. I know, but as someone whose one wish always have been to have friends and feel like I fit in somewhere the lack of social life and friends just is a constant source of pain. At this point I would do anything to loved and appreciated.

I’m working on accepting myself for who I am, at the same time I tries to merge new things into my personality to become the best me I can be. It’s nothing wrong with having role models, but it worth remember you like them because they’re themselves not anyone else. That’s what makes them so amazing, and that’s what makes all of us amazing. We just need to remember that, I know I will try my best to.