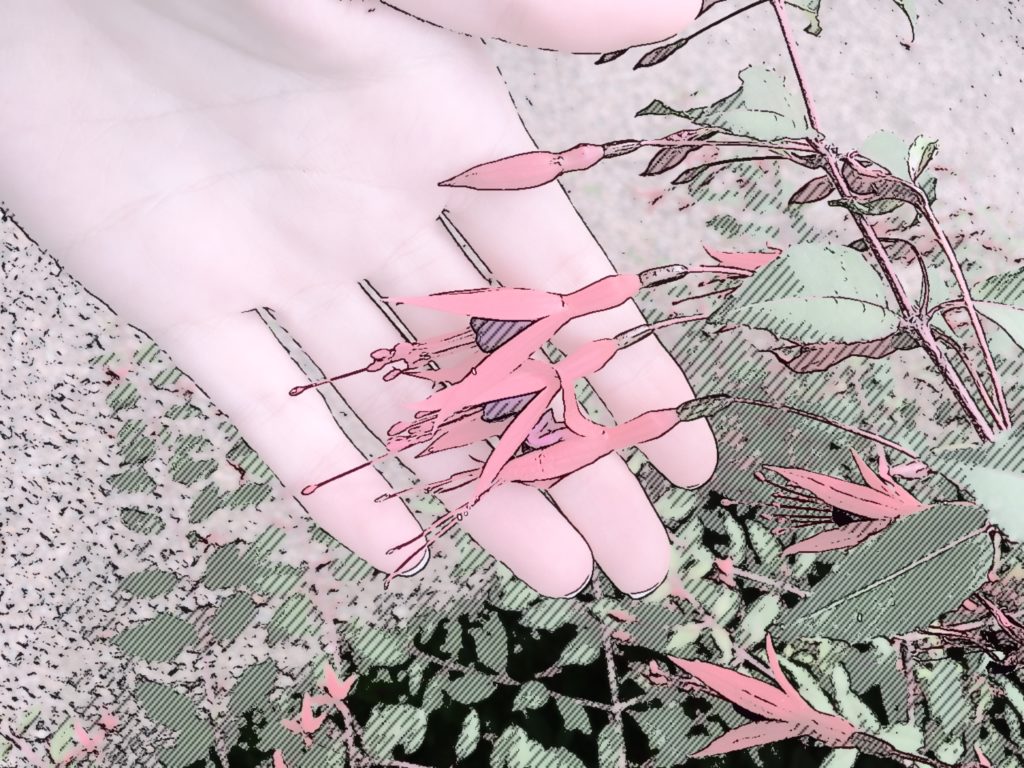 Well this wasn’t the post I had plans about writing today. But then there’s no way I could have predicted what would happen to me today, and it isn’t a nice thing either.

I had spent the day at a museum looking at their new exhibition about women’s clothes from 1730’s to present day. After finishing the said exhibition I walked around about an hour around the outside part of the museum. Then I made my way down to the station. My plan was to finish the day of with some yummy frozen yogurt.

As I stod there waiting on my bus to arrive all the sudden this guy came up to me from behind, I haven’t even heard him coming. He looked pretty average, a bit taller than me and lean. At first I didn’t really pay much attention to him since it was around 20 people waiting for the same bus. I just thought he was someone who didn’t understand personal space.
Then he asked me if I knew where this bank was located to which I answered without thinking twice about it. Why would I? I have had people come up to me asking everything from if I knew which bus would take them to their desired location to help them get to the right location. I mean if I was in a place and didn’t know where I was supposed to head I to would ask someone for directions. But then he kept staying beside me and not making any indication what he was supposed to go away. Now I started to get a little confused, why ask for directions and then not go there? Then the thought hit me ‘Stupid, maybe he doesn’t know where that place is you said it laid besides. It’s easy for you to know but not someone else perhaps’. So with that thought I gave him proper directions how to get to the place he asked about thinking now he would leave.

But he didn’t… Instead he moved closer and asked where I was going. Now I’m started to get a little bit freaked out, what did this guy want? I answered it as blurry as I could not wanting to give anything away (there was about 3 buses that was to depart from this particular bus stop). Then he asked ‘Want to get a coffee with me?’. Eh no… It was a pretty creepy question and I no longer felt comfortable with this individual so I said a firm “No thank you”. I started to move away upon which he took my arm to stop me and went “No, let’s go get coffee. I know you want to’. If I uncomfortable before it was nothing about how I felt in that moment. I tried to move away while declining his offer to get coffee, but every time I said “No” he became even more intrusive and even laid his arm around my shoulders, trying to physically force me to go with him.

I didn’t know what was about to happen if I couldn’t get away from him, but he was stronger than I was and no one seems to care about what happen between the two of us. There was this group of girls almost next to us who had arrived about the time this guy started getting more physical. I tried to get their attention, hoping that they would help me as other girls I’ve read about all over the internet had done for other girls when they had a creepy boy. But the only time one of them looked at me it didn’t stay. I wasn’t important to get their attention. So I tried to be more forward, leaving no second guessing what I could have meant. So I turned to them and asked the nearest girl if I was at the right bus stop. Then I said that I needed help, and I could hear the desperation in my voice. I needed to do something, I needed help now. This boy didn’t about to just magically disappear, he wouldn’t let me go.
But I got no help, the girls just looked at my panicked face and laughter me right in the face. Called me a “Weirdo” and “That I should just stop be an attention whore and go get a coffee with the guy”.

Luckily I managed to get away from him in the end, but it wasn’t because someone intervened. It was because an combination bus started to honk the car horn and an incoming train that drew his attention away from me long enough for me to get out of his grip and running towards my bus. The only thing I could hope was that he wouldn’t come after me as I had managed to sneak behind an group of elderly people going on board the bus in front of mine.
My heart was pondering in my chest and I looked out the window in panic, fearing seeing him coming after me. But luckily the bus departed before he could get close to come one and this bus driver wasn’t about to stop for anyone.
I just sat there in my seat having a full blown panic attack, crying loudly and in a complete state of distress.

I didn’t what’s was most terrifying, the guy or the that no one could bother to step in. It kept going for a good 15 minutes and not once looked anyone our way. Or that’s not true, they did and looked to think about the same as the girls I tried to get help from “Poor guy, having to deal with that kind of girl”. I could have screamed for help or tried to pushed him away (or I tried and if I had done it harder it could have gotten me an abusive charge). Why? Well that for some reason all the people seemed to have deemed me an ‘annoying girl’ or like the girls ‘attention whore’. It was like they chose not to see the panic in my face or the tears starting to form in my eyes or my stiff and uncomfortable posture. It was like they chose not to care about what happen, like it wasn’t their problem.

That is one of the things that really made the whole thing so terrifying that I combats another panic attack reliving the moment to write this down. That no one seemed to care. That they didn’t even know me but still decided that I wasn’t worth the bother. I wasn’t important, I was just an stupid girl.
I have this feeling pushing down on me, the feeling that no one cares. No one bothers when it comes to me. I mean no one ever writes first to me, ever. I always have to be the one to write first, even when they say that they will write the next day. No one sends me messages asking how I am if they haven’t heard from me in over 5 days. I could literally lay dead in a ditch, and been kidnapped and they wouldn’t know sine they never can care enough about me to a check in message after a week without anything from me.

Before I was terrified, and panicky. Now I just feel hopeless. Not even when I need help do people care about me. I guess I’m just like a shadow that’s always there for everyone else but no ones ever where for me in return. It’s an hard though to deal with. That I can give everything to others, and hardly ever getting the tiniest amount in return.
Maybe I just should have let the guy drag me away, since nothing I do seems to inflict anything in others life. So what would change I wasn’t here anymore?