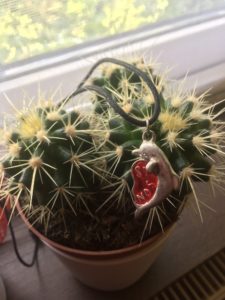 A few months ago I stopped going onto my Facebook. It just caused me to have anxiety attacks and most time me late at night beating myself up on my shortcomings. A bit was the old ‘seeing all the amazing things others do while I sit here alone’ but the thing that really got to me is my friends Facebook friends. Or more exactly these guys that my friend (whose also a guy) shoots with. I never got the impression that they aren’t more than shooting buddies, being social because it’s a social sport. But not likt they’re really friends, not in any ways that the two of us are. But still it’s like a stab to my stomach seeing them tagging him in things on Facebook, liking his photos and writes ‘looking good’ to him. It really messes with my head. Are they friends or not? What’s just common Facebook courtesy and what’s real friends?

What really is friends? I often pander these thoughts, even more so after my crash, since I can’t answer it myself. Why? Well truth to be told I’ve always had a really hard time getting friends and only have one real friend. This friend is also the source of stress for me since they have other people around them while I have non.
How could I ever compete with these other people who’s around him and isn’t socially awkward?
Since I don’t know the ways this works it just lefts me with a lot of overthinking and anxiety. Also self-hatred, and beating myself up over my shortcomings. Like I’m not like them so how could I ever compete?
He has never really had any friends before, and now he has all these people around him to be friends with. So with all these choices why would he pick me? Why would he put down time and effort to continue keeping the contact with me when he just can have them? It’s stupid really, clearly there’s something he likes about me since he still keeps me around? But I just feel so inferior to the anyway.

Have you been through this to? Any thoughts to shine a light on what the whole actually might be? Is I’m actually in the spot of being “replaced” or is it just thoughts overreacting due to bad past experiences in this field (always been dumped for never been good enough and therefor replaced when the popular kids started noticing my friends)?