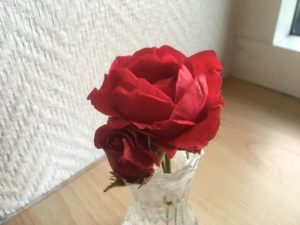 Why me? Why does it always seems to happen to me? Some times I truly feel as if I’m cursed.
How can this many bad things happen to a person, again and again?
What could I possible have done to deserve this treatment?
My whole life has always been the same, I’m alone and the only thing I wish for is friendship.
But I never seem to get it, and it has always been like that.

Like how I seems to be invisible to basically everyone, and never important enough to remember if
I’m not constantly right there in front of them. Why is it always that I have to like anyone all of other’s pictures just to get a simple ‘Happy Birthday’ (even with Facebook telling them it’s my birthday…) but everyone else get it without anything. What has I missed, what did I do wrong to be excluded from things?

What is it with me that makes people label me as “boring” and that I have a hate towards fun things?
That people just seems to make their mind up about me before they even have talked to me. Like they just look at me and think that I’m not even worth to talk to. Or get to know. They have already made up their mind and they have no more time to spend on me when they all of their other friends. Or so it feels like.
My therapist said that it’s just something people do, especially young ones.
“If they sense that there’s something different about you they don’t know how to handle it. So instead they just ignore it“.

Well thanks, makes me feel so much better. That was very sarcastic if you couldn’t tell. The only thing it made me feel was ugly, like I was the most monstrous thing ever to walk the earth.
Because if they based their opinions on me only from my looks, and they doesn’t even want to spare 2
minutes to talk to me to maybe se if I’m really a boring person, then there’s had to be something with
my appearance that put them off.

They made me feel that I was a awful person. That I really was ugly, and boring, and every other horrible thought possible. It made me feel that I was worthless, that I would never be good enough for anyone. That I should just kill myself so that I didn’t continue to waste earth’s resources. And no one would be affected, if they didn’t care when I’m here they wouldn’t care when I’m gone either.
It nestled it thing into my brain to the point where it’s the only thing that goes around in there.

That I’m worthless and should just end it all, because the pain of never being good enough to deserve a chance is soul crushing. That things should never get better any way so what’s the point. I tried for so long, I picked myself up every time, every time with a few pieces missing after me breaking. But i kept going despite it all, because I believed in the childish belief that thing should get better eventually. Eventually life would turn around for me and I would my place of belonging. I believed it so bad. And I didn’t anymore.

Some days I’m pretty good and others everything feels dark. Especially if I haven’t heard anything from my friend in a few days and start worrying if now is the time he just leave me, or more accurate simply forgets about my existence.